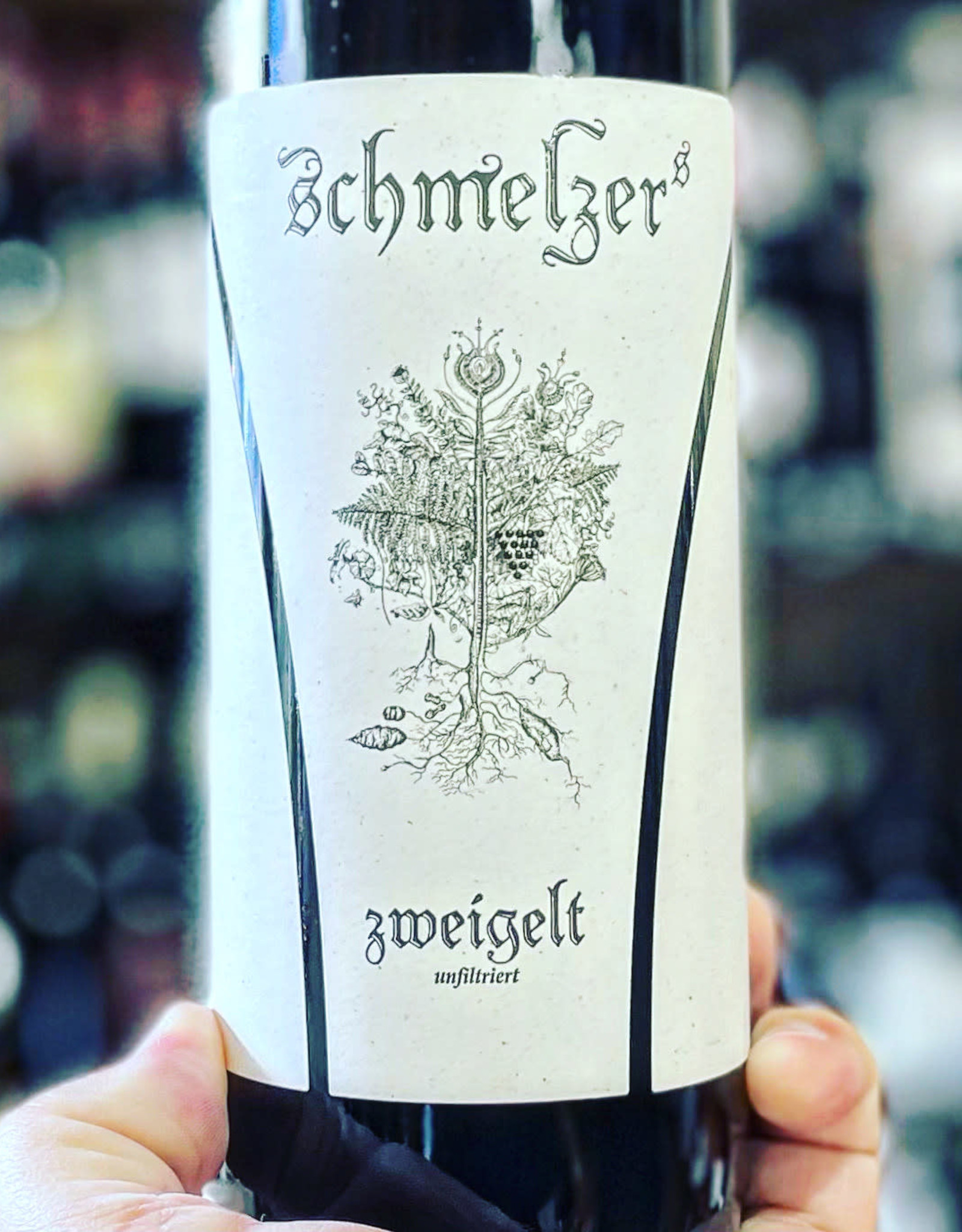 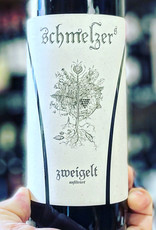 Georg Schmelzer (the first) began growing grapes and raising cattle in the mid-twentieth century in the Burgenland area of Austria, close to the Hungarian border.  Now the fourth generation of Georgs runs a winery that has become the benchmark for Biodynamic agriculture in Austria.
The labels for the Schmelzer wines feature a rendition of Johann Wolfgang von Goethe’s “Urpflanze,” or primal plant, a hypothetical archetypal plant that contains within it all the plants of the past, present and future.  This symbol represents the family approach to farming and, indeed, life.
The Schmelzers believe in self-sustenance. They grow their own vegetables and fruits, raise farm animals for their own use and derive water from their own well.  The grape harvest is done by hand and the wine is aged in neutral oak without filtering, fining, or addition of any sulfur.  Georg is aided in his approach by hot, dry summers and cold snowless winters, as well as moderate precipitation, all thanks to the influence of the Neusiedler See, the largest steppe lake of Central Europe.
The Zweigelt is a rich, complex red, perfect for winter.  Georg’s commitment to keeping his natural wines affordable makes these wines an amazing value, especially at our Friday Feature price!