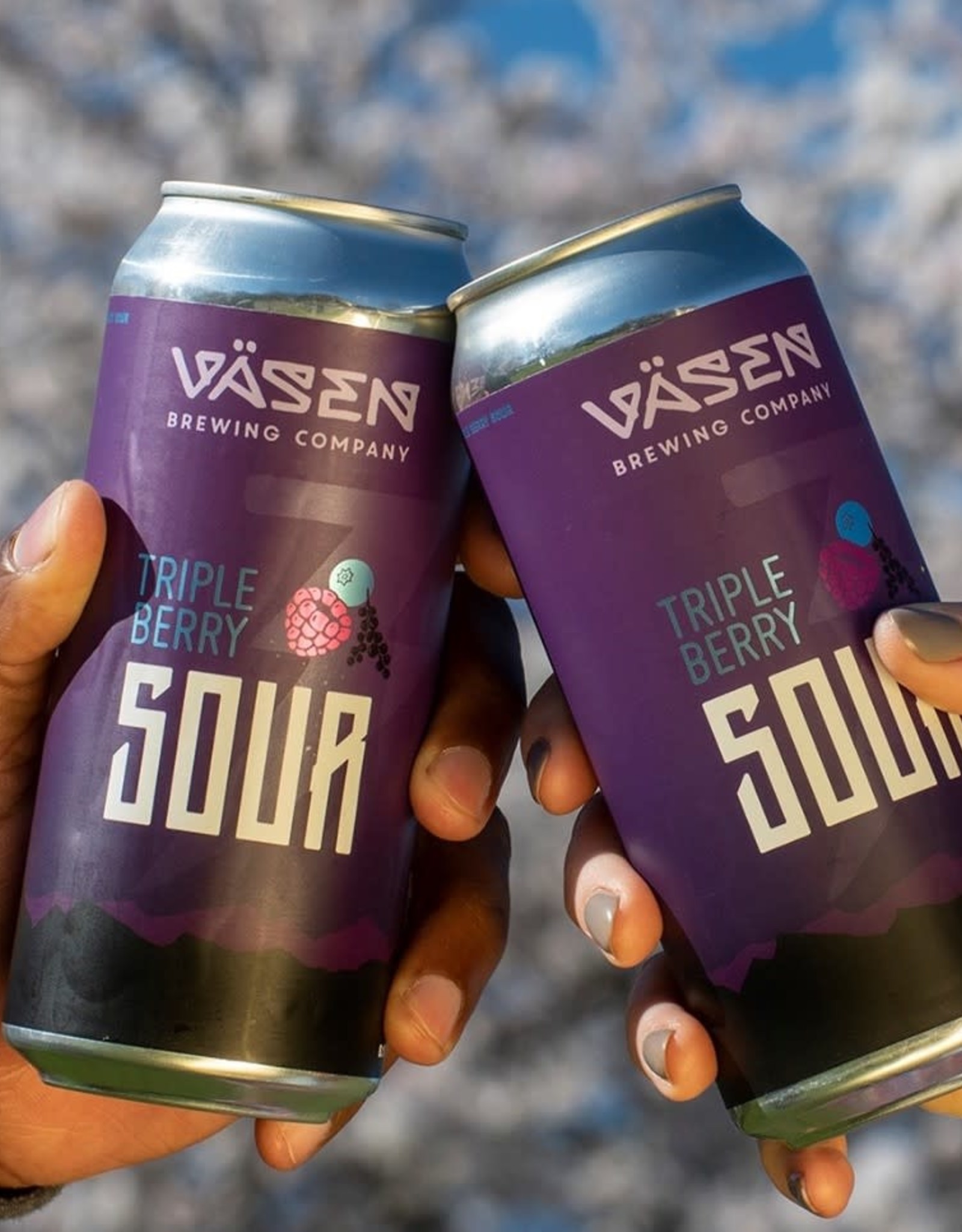 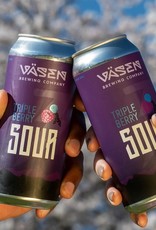 Usually when we crow about beers from Richmond’s Väsen Brewing Company, we’re drooling over one of their New England Style IPAs. So how much would it surprise you to learn that Väsen has also made a name for itself with its sours? Well, if it would do so, allow us to expand your Väsen understanding.

For its Triple Berry Sour, Väsen pulls together some Belgian Pilsner Malt, German Wheat, Honey Malt, and Flaked Oats; readies up some citrusy Ekuanot hops; and makes like it’s going to brew its wonderful Saison. Hold on, though! Before they get too far, it’s time to infect the whole mess with Lactobacillus bacteria. That’s right. They’re going to kettle sour the sucker! And as if that’s not enough, they condition the concoction on raspberries, blue berries, and black currants!

What would be a golden soured saison becomes a purple berry explosion. With no lingering sweetness, the Triple Berry Sour maintains its tartness but also offers a serious berri-ness, without either flavor overpowering the other. Also, at 8.0% ABV, it’s dangerously drinkable. What can we say, though? We like to drink on the edge.