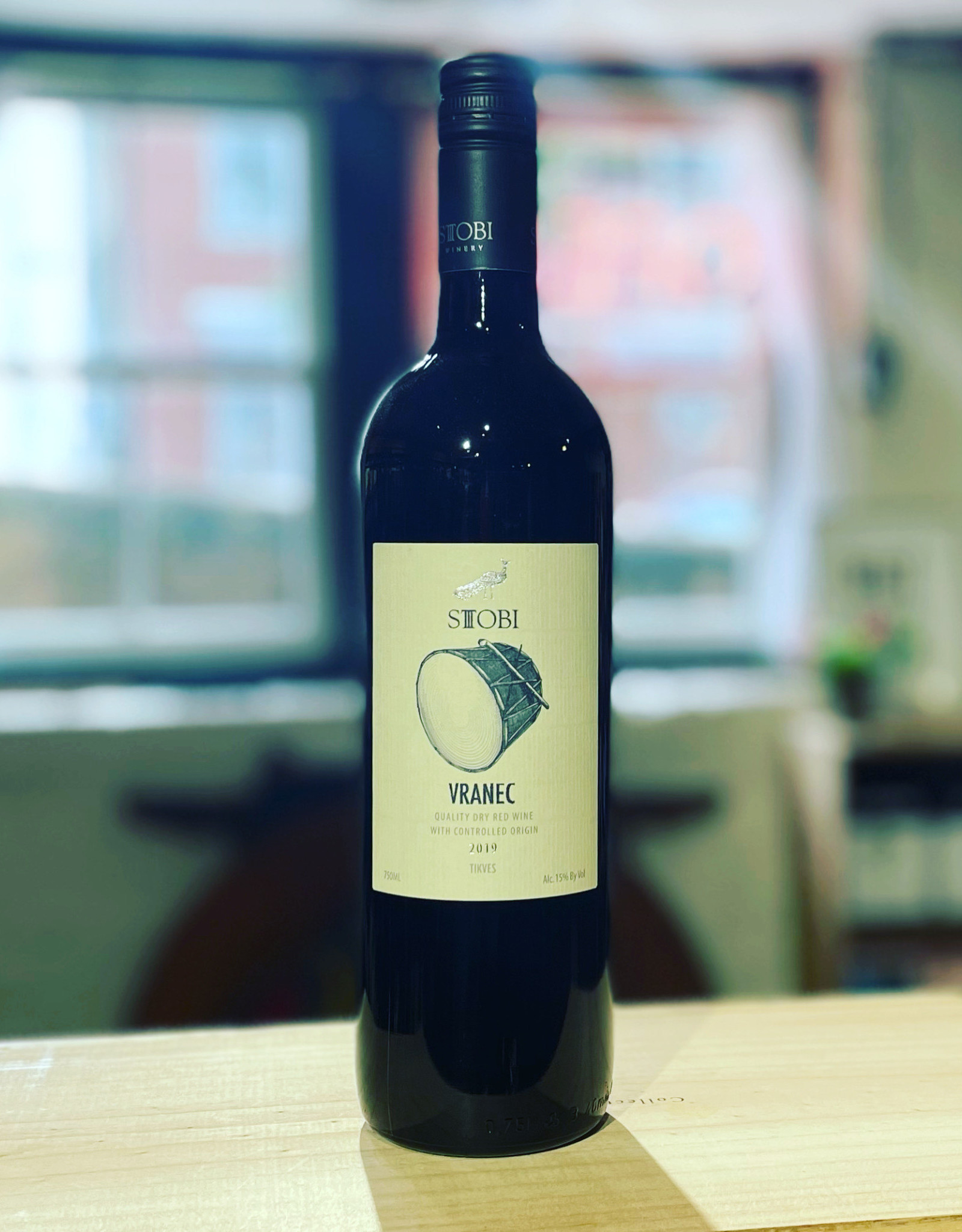 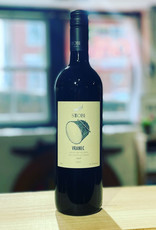 Vranec (Vrah’-nuts) is part of a family of ancient grapes that includes Primitivo, Zinfandel, and the Croatian grapes Crljenak Kašteljanski and Tribidrag (Surprise!  Those four are all the same grape!).  Vranec, known in its ancestral home of Montenegro as Vranac, is a very dark and robust grape whose name translates (roughly) as “Black Stallion.”

Macedonia’s winemaking tradition dates back to the 13th century BCE. During the Roman Empire, the province of Macedonia was one of the most important regions for growing grapes and winemaking.  Production continued through the Byzantine period, and was even kept alive during Ottoman rule by the few Christian enclaves.  Phylloxera wiped out most of the vineyards in 1914, and it took almost til the end of the 20th Century for the wine industry to begin to rebuild.  The Stobi winery was established in 2009.

The winery’s namesake is the nearby ancient city of Stobi, once a huge city and important center for both the Roman and early Byzantine empires. Known for its salt trade and highway connecting the Danube to the Aegean, Stobi flourished until the 6th C A.D., when it finally faded from view. The ruins are an active excavation site, and the fertile plains of the Tikveš growing region are now the heart of the country’s wine industry.  The Baltic continental front and Mediterranean front meet on this plateau, creating a pocket with virtually no rain (under 12 inches per year on average), and protected on three sides by high ranges. Grapes are hand-picked and, after fermentation, aged for eight months in 1,000 and 2,500 L French oak casks.

The peacock used on the Stobi labels is taken from the mosaics found amongst the Roman ruins. It is the symbol of immortality and has become a national icon for the Macedonian people.

This hearty but very friendly varietal should be put on your list of deep, red, “meaty” wines with Cabernet, Petit Verdot, and (of course) Zinfandel.