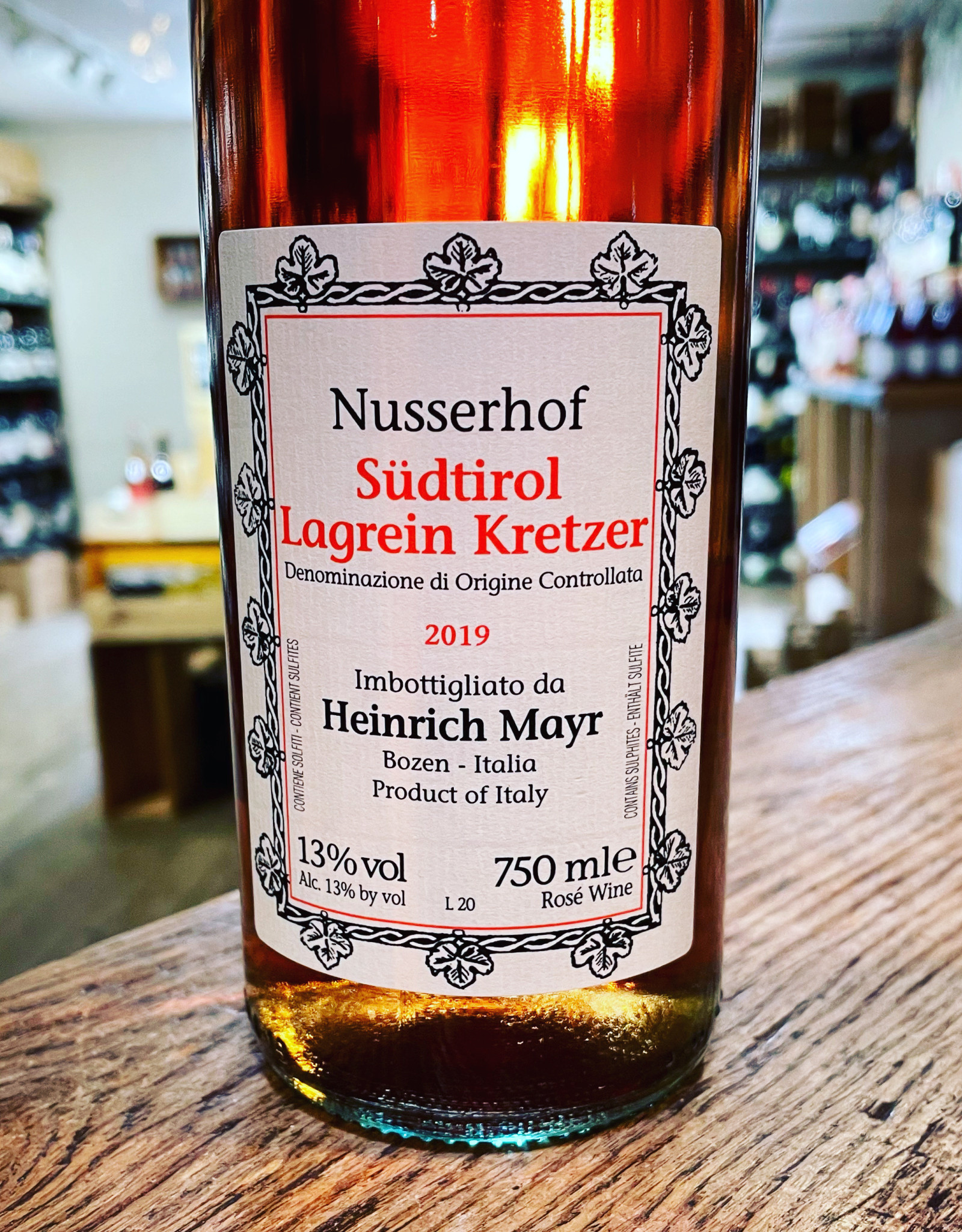 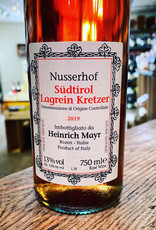 The Mayr family has been making wines since 1788 from organic vineyards located within the city walls of Bolzano in the Alto Adige.
The cellar work is straightforward. Fermentation is natural.  The family has never wavered from its commitment to traditional grapes like Lagrein.

The Nusserhof experienced difficult times during the 20th century. Famous resistance figure and anti-fascist Josef Mayr-Nusser refused to take the oath to Adolf Hitler, which he paid for with his life. After the war, the family struggled for years to keep the farm, scheduled to be demolished in the course of town expansion. It was only in the mid-1980s that the farm was placed under cultural heritage management commemorating Josef Mayr-Nusser. Today the Nusserhof is a sustainably managed vineyard estate typified by biodiversity, and also a green venue for art, music, and science.

Historically, Lagrein was used mainly for Rosato, not red, and this complex and intriguing wine will show you why!