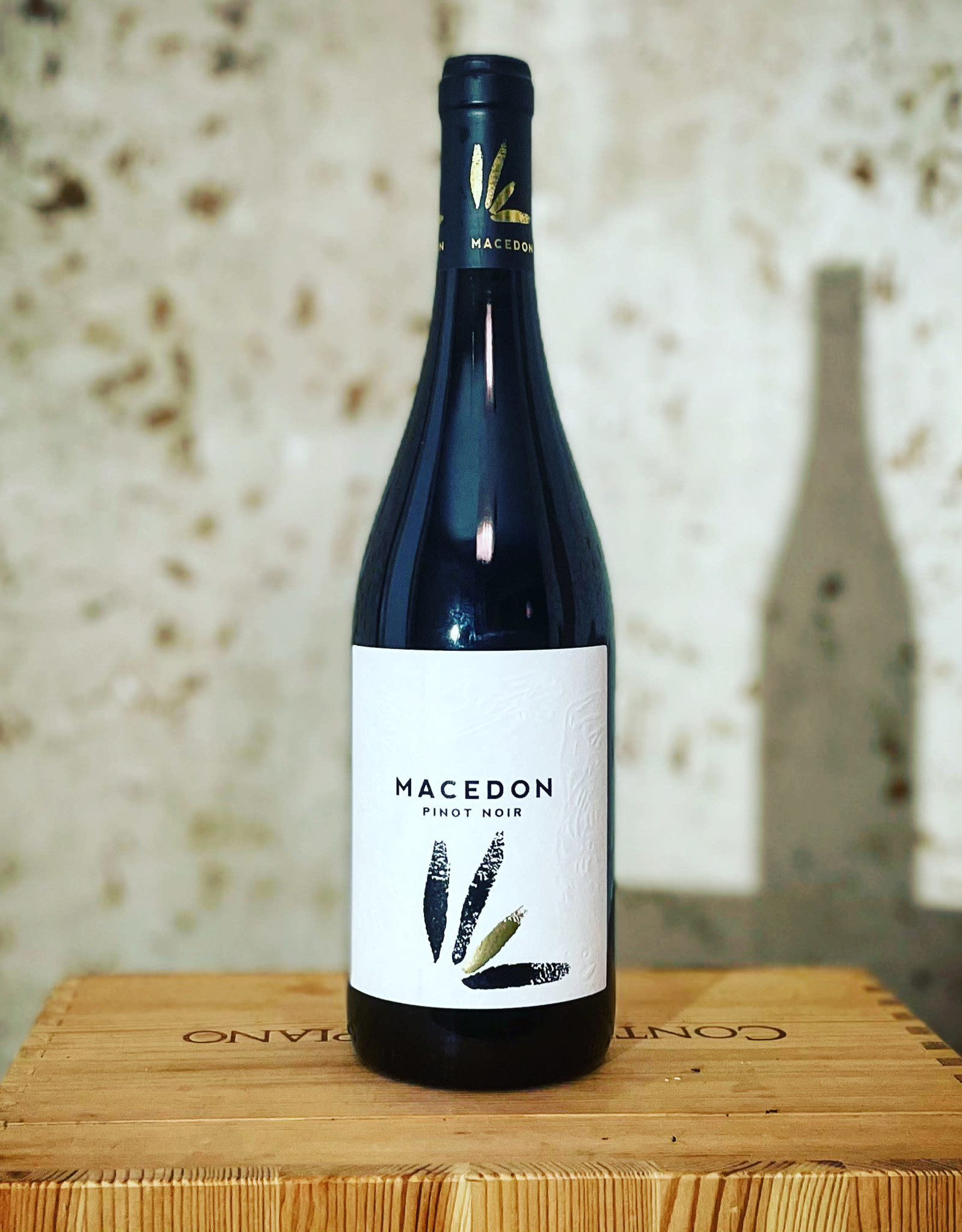 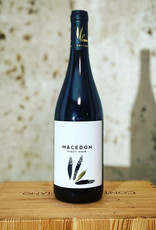 From the country of North Macedonia, this intriguing wine is named for Alexander the Great (the original “Macedon”), and hails from an area known as the cross-roads of the ancient world. Just a few miles from the vines, in fact, lie the excavated ruins of Stobi, once a huge city and important center for both the Roman and early Byzantine empires. Known for its salt trade and highway connecting the Danube to the Aegean, Stobi flourished until the 6th C A.D., when it finally faded from view. Today, the fertile plains of the Tikveš growing region are the heart of the country’s wine industry, and (importantly) share the same latitudinal band as Burgundy and Russian River Valley.  Despite the latitude, it is somewhat surprising to find a cool climate grape planted in one of Europe’s hottest, driest regions. The Baltic continental front and Mediterranean front meet on this plateau, creating a pocket with virtually no rain (under 12 inches per year on average), and protected on three sides by high ranges. Nevertheless, winemaker Minco Jordanov dry-farms his Pinot Noir, and the result is a wine of terrific elegance and complexity, rich yet linear; pretty, but with depth and power.

Macedonia’s winemaking tradition dates back to the 13th century BCE. During the Roman Empire, the province of Macedonia was one of the most important regions for growing grapes and winemaking.  Production continued through the Byzantine period, and was even kept alive during Ottoman rule by the few Christian enclaves.  Phylloxera wiped out most of the vineyards in 1914, and it took almost til the end of the 20th Century for the wine industry to begin to rebuild.  Expect to see more, high quality wines from this ancient winemaking land.