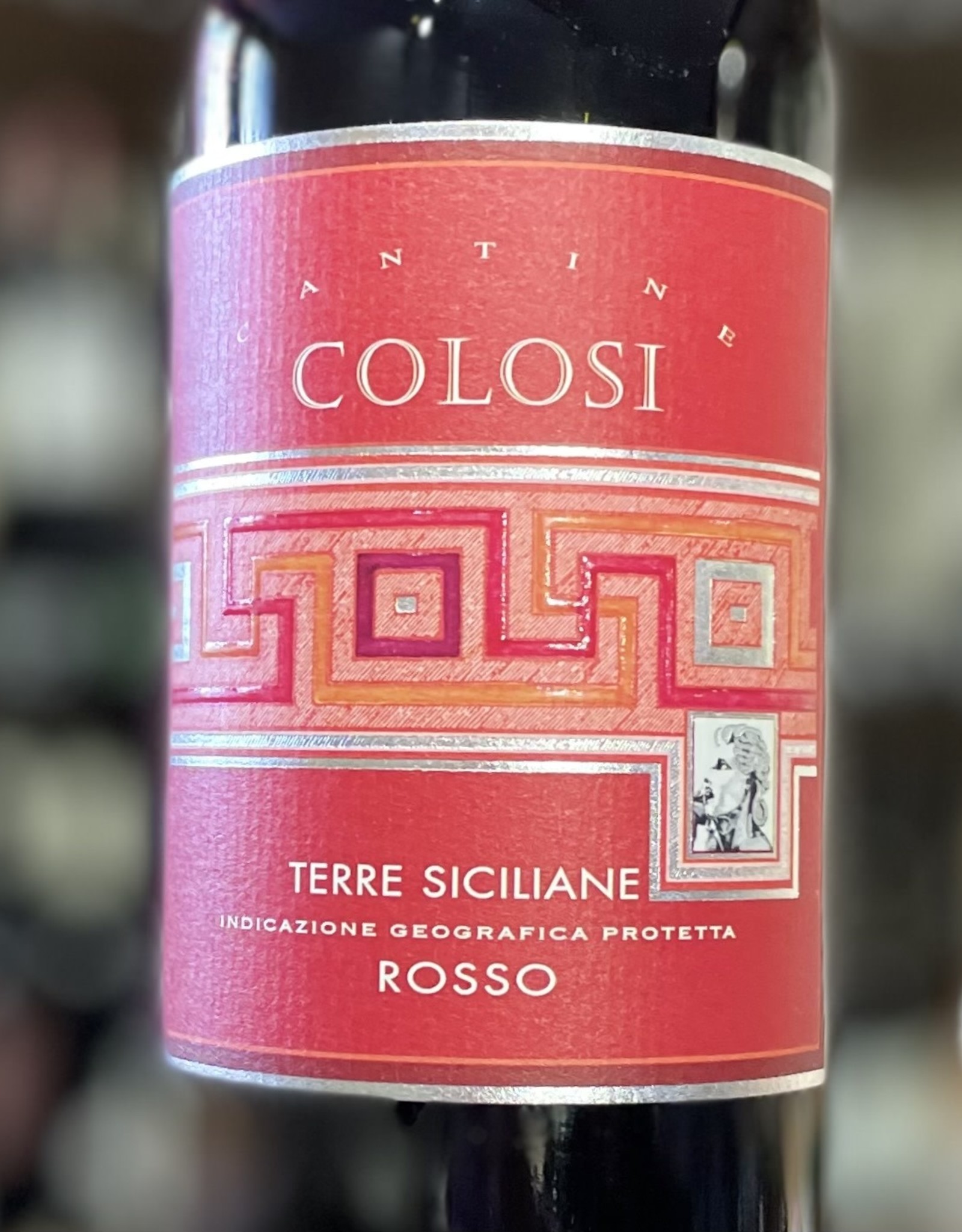 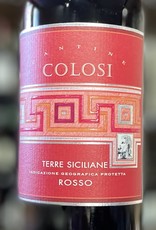 The Cantine Colosi winery lies on Salina, a tiny island in the volcanic Aeolian archipelago north of Sicily.  Colosi’s wine-making cellar is literally immersed among the vines, and is partially buried in order to comply with the strict regulations on the protection of the territory and landscape of the Aeolian archipelago. This location allows the temperature to be kept constant, ideal for the optimal preservation of the wines.  The Colosis farm only indigenous grapes on the island, while other reds and whites are grown by producers on the Sicilian mainland with whom the family has had relationships for decades.  Winemakers named Pietro Colosi have been growing wine here for three generations.  The youngest Pietro, the current winemaker, now heads up one of the most respected wineries in Sicily.

The blend of the Colosi Rosso (70% Syrah, 30% Nerello Mascalese) is, as the IGP designation suggests, typically Sicilian.  Nerello Mascalese has ancient roots in Sicily, possibly being brought by the Greeks in the seventh century BCE.  While most famous for being known as the “Pinot Noir of the South” in the wines grown on Mt. Etna, it has been cultivated all over the island, particularly around Marsala where these grapes are grown.

Syrah arrived much later in the 19th century, but quickly took on a role as a blending grape, especially with the native Nero d’Avola. (The Colosi Rosso used to be a blend of Syrah and Nero - this version is a vast improvement!)

This is a comforting red, chosen to ease us into the New Year with pleasure and flexibility and minimal expense!  Have with food or not; with friends or (if necessary) in quarantine.  It’s a great wine from a land of great history.