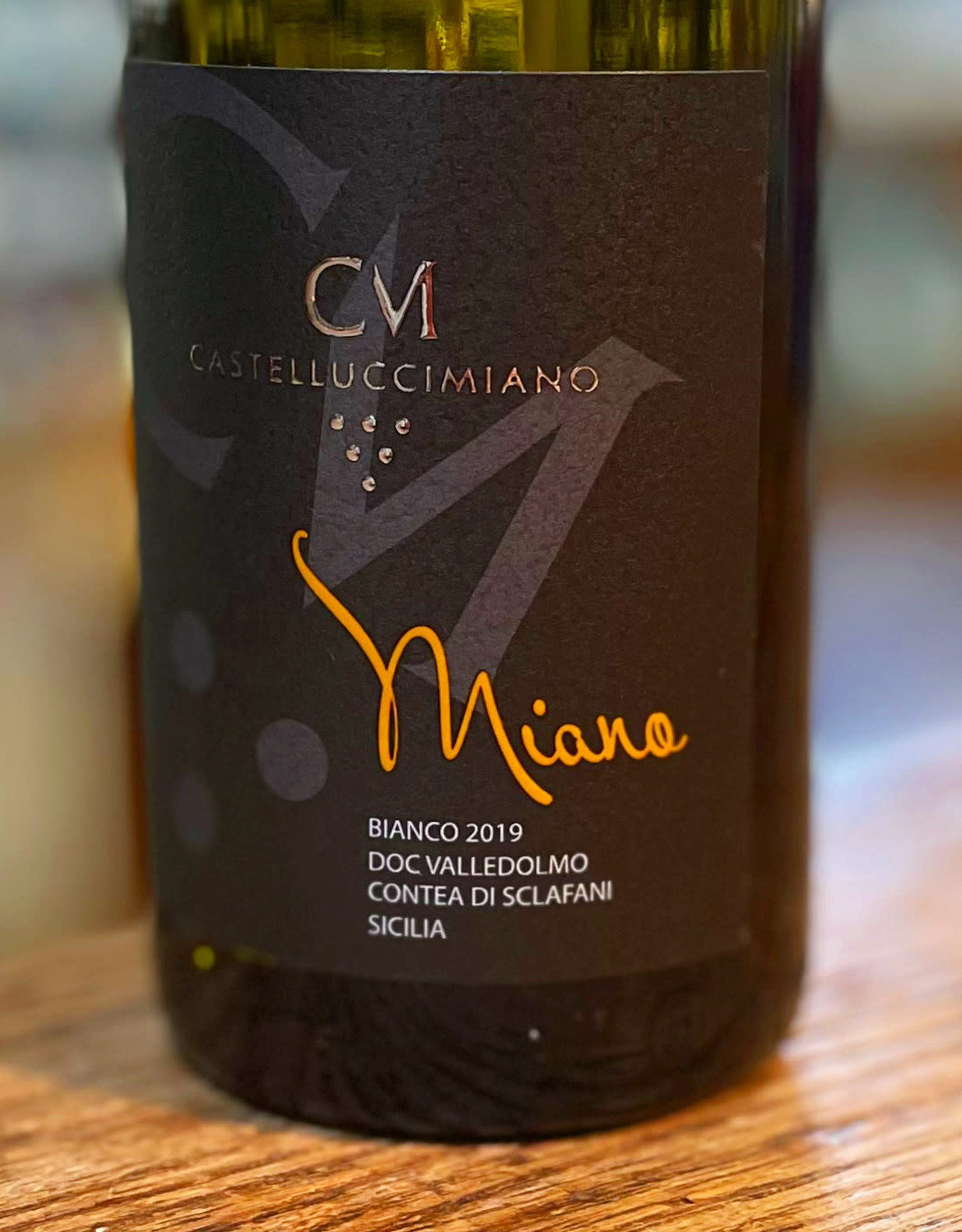 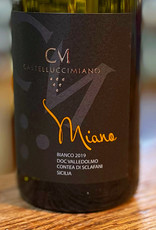 "Modern" viticulture in the Valle dell’Olmo region of northern Sicily dates back to 1570, with its heyday in the mid-1800s when wine made here supplied towns all over the area around Palermo.  The current winery, started as a co-op in 1961, has been working for decades to return to the traditional viticulture of the 19th century, cultivating old (at least 40 years) bush vines in small plots, farming organically, and finding sustainability wherever possible.  They are committed to traditional grapes, particularly Catarratto, which grows exceptionally well at the high altitudes of the Miano vineyards.  The Castelluci Miano "Miano" is their purest cleanest version of Catarratto, and would be a gorgeous white wine to serve with just about any summer meal.